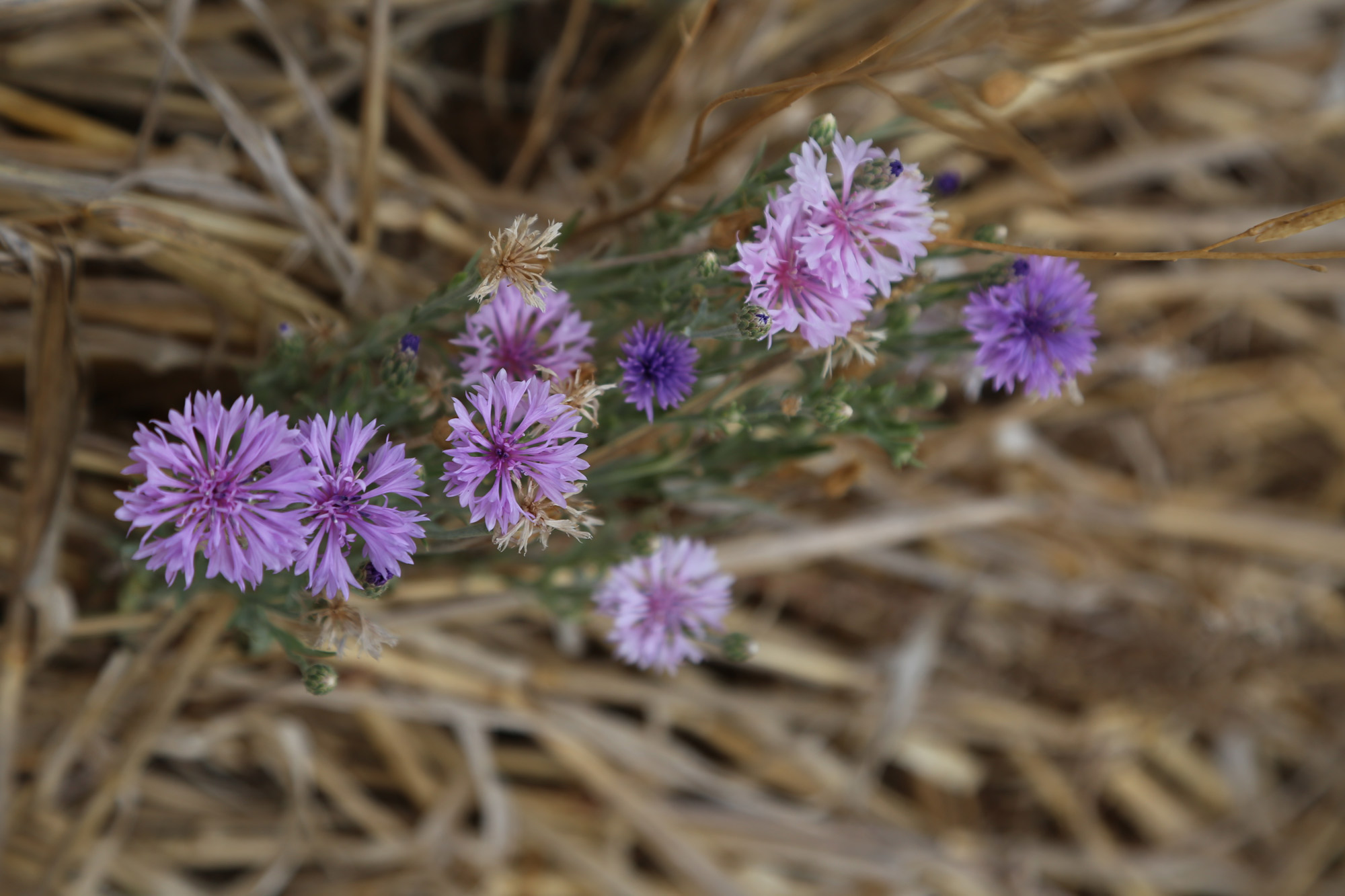 Fundamental to our work of reviving and sustaining old vineyards is the use of cover crops. I would argue that cover crops in some ways are just as important as the vines themselves for creating quality wine from sustainably farmed vineyards. Essentially, they are a tool by which we can harness the power of nature and lessen the use of heavy equipment and materials to address vineyard pests.

The use of leguminous cover crops such as fava beans, peas and clovers aid in taking Nitrogen out of the atmosphere and storing it in plant roots. Legumes work symbiotically with small bacteria called rhizobia that fix nitrogen in small nodules on the plant roots. At the end of the plant life cycle these nodules break down, releasing nitrogen into the soil in a form readily taken up by vine roots. Certain legumes can provide up to 100 lbs of nitrogen per acre, which means we do not have to use chemical fertilizers to improve canopy or vine health. 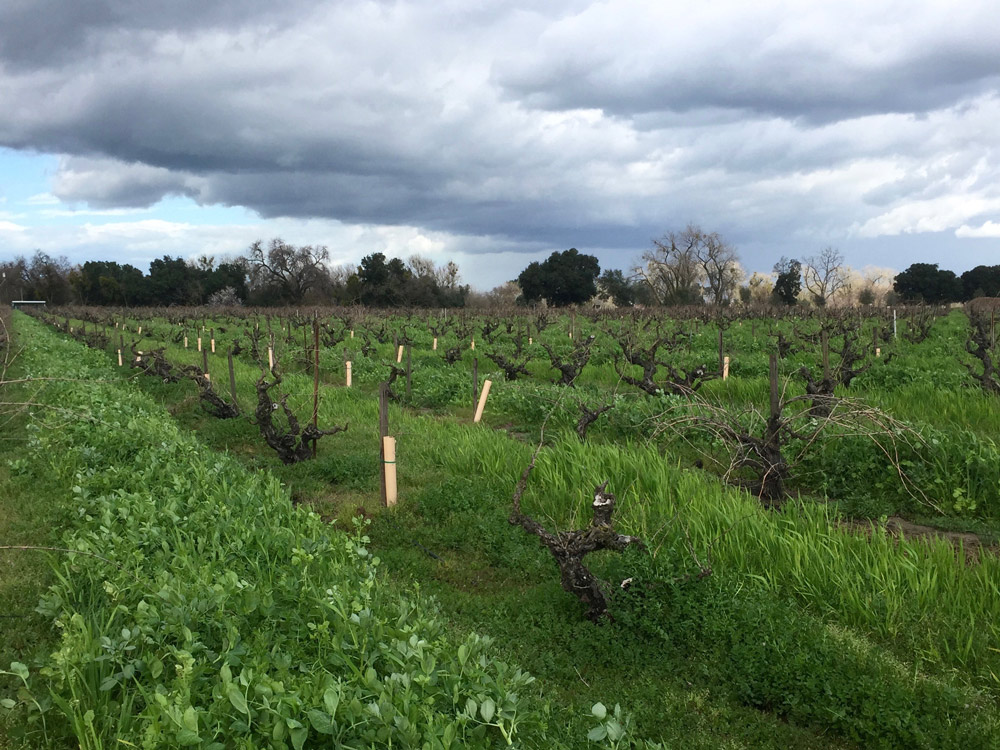 “Cover crops aid in a number of essential facets of farming” 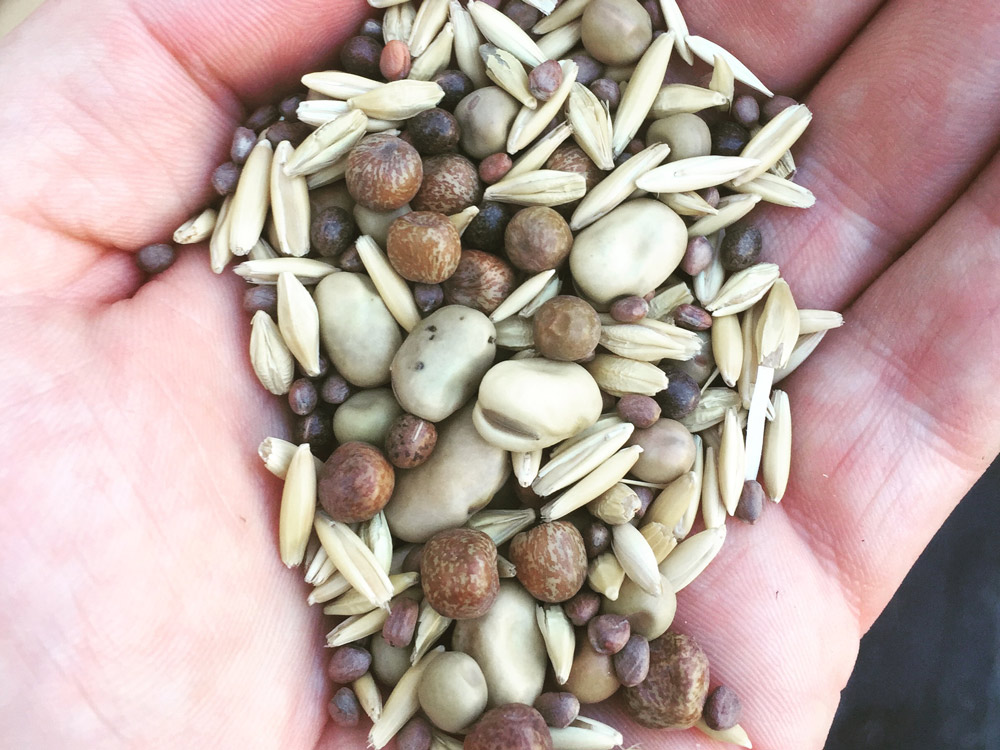 Cover crops can create an enormous amount of biomass that can either be disked into the soil or mowed down to lay on top of the soil and create mulch. Many studies have showed that a 1% increase in soil organic matter can increase water holding capacity by as much as 16,000 gallons per acre. Since we aim to dry farm most of our vineyards, which we feel is a key element of sustainability in a water starved state like California, cover crops (along with generous amounts of compost) are fundamental. Also, cover crops increase the tilth and structure of the soil, battling different forms of hardpan and tractor pan. In vineyards with more clay content in their soil we include plants with deep taproots like Daikon Radish in our seed blends that can grow deep into the soil to aerate and break up pan. In other situations we grow a combination of winter barley, clovers and various flowers that we then crimp down in the spring to create a thick mulch which prevents weed growth, secures moisture in the soil and allows us to move away from disking or other cultivation.

According to the USGS, 1 inch of rain equates to 27,154 gallons of water per acre. That is crazy!! As cover crops take root into soil their fibrous structure provides inlets into the soil while also stabilizing it. This means that cover crops can help capture water that might otherwise run off too quickly, causing erosion and sediment build-up in waterways. In a year like 2017, where Bedrock Vineyard has received almost 40’ of rain so far this means we have helped over a million gallons of water per acre move through soil horizons and hopefully help recharge underground aquifers. In vineyards where there is less natural rainfall this is even more important.

As important as legume rich crops are for securing nitrogen in the soil to enhance growth we can also use cover crops as a means of “pumping the brakes” on sections of vineyard that might be overly vigorous. In this situation there are any number of plants, mainly native grasses, that we can use that will compete with the vines for resources, thereby slowing down vine growth. For instance, in a block of Petit Verdot at Bedrock Vineyard that was enormously vigorous and prone to powdery mildew due to dense canopies we planted a fescue blend in the tractor rows and have successfully managed vigor, thereby allowing us to spray less for mildew. In organic farming, where we can only spray soft products that kill mildew on contact, rather than act systemically, cover crops can allow us to make fewer tractor passes and spray less. 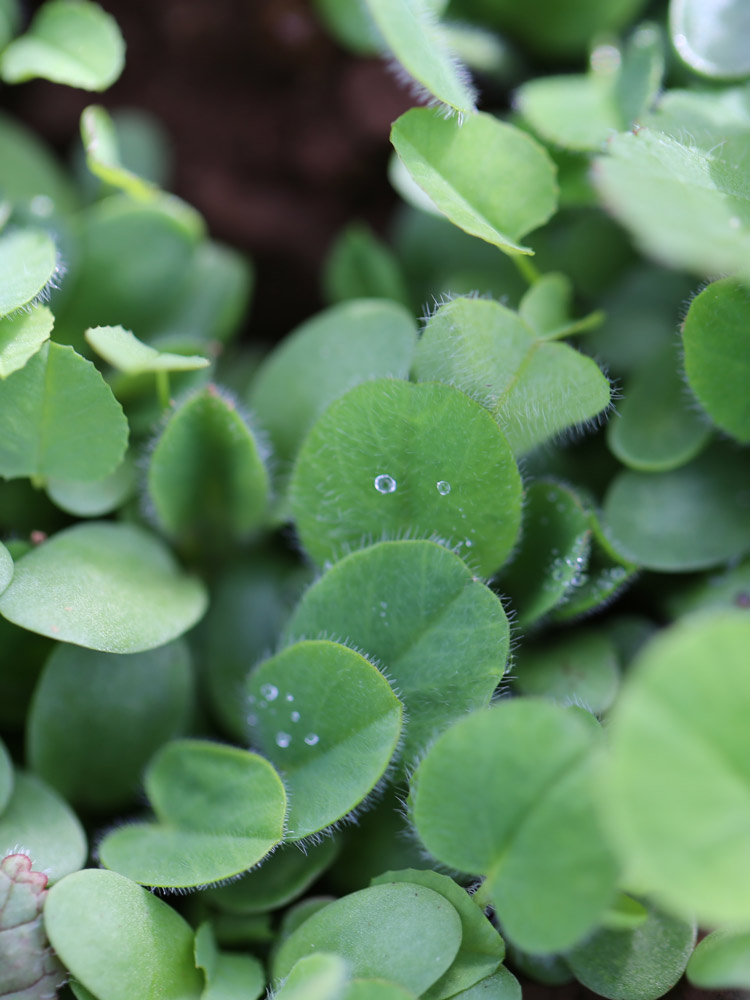 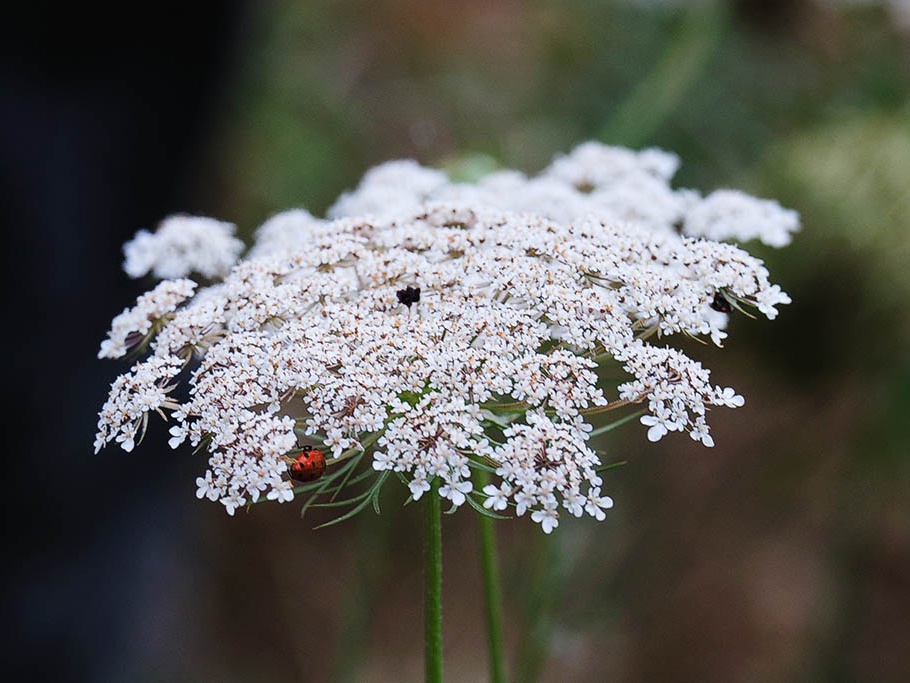 Cover crops enhance and maintain more diverse ecological systems in the vineyard. They attract pollinators and generalist predators that keep potential vineyard pests at bay by keeping populations in balance. At certain points in the Spring our vineyards are literally buzzing with an army of bees, friendly wasps, butterflies, moths, spiders and more. We are also starting to experiment with drought-tolerant summer cover crops to maintain diversity through the growing season- things like phacelia, wild carrot, oilseed sunflowers, cowpeas and more. Beyond this, cover crops enhance the health of the soil food web as literally billions of microorganisms are at work in the process of breaking down plants and aiding in nutrient cycling. Plus they are PRETTY! So, if you wonder why I seem to obsessively post about our cover crops on social media, now you know!.