Part One of a three-part winemaking deep-dive series, this was originally sent in our Fall 2020 Release letter. 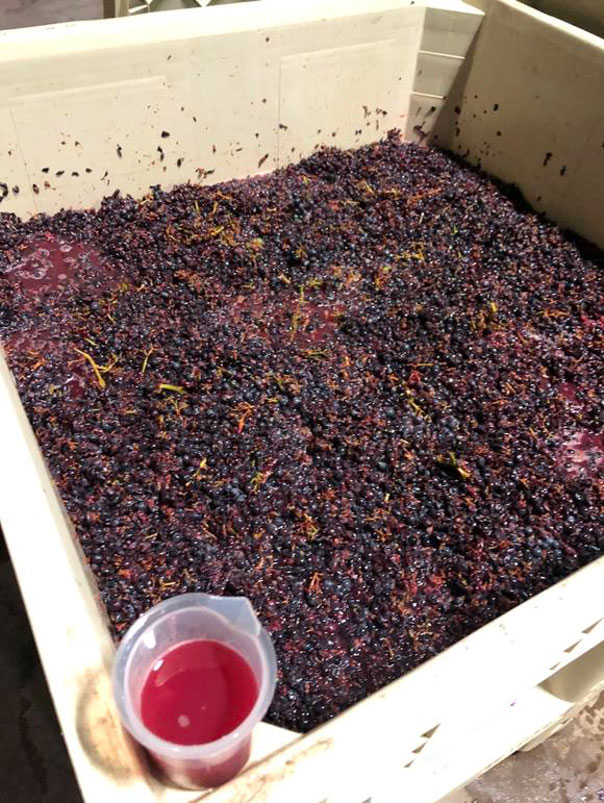 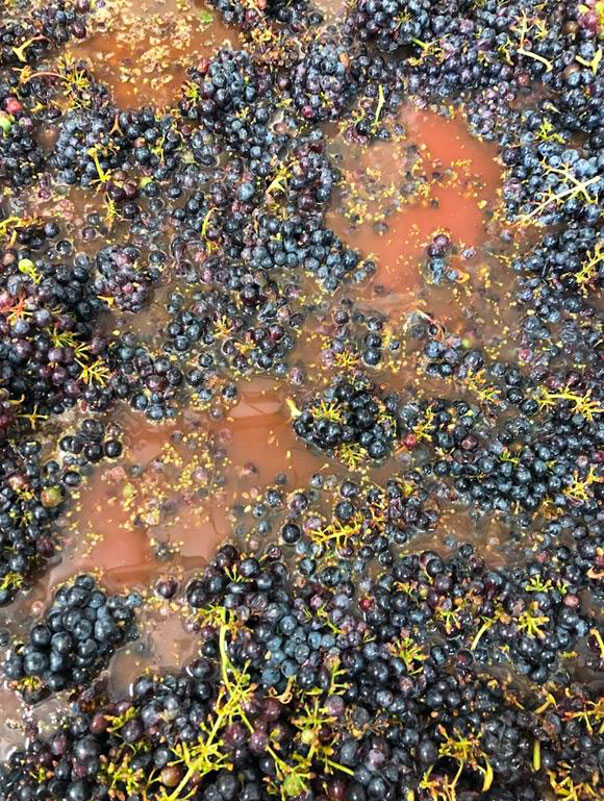 Once, before the development of electricity and machines that used beaters and cages and rollers and crushers, one must imagine that almost all wine was made using whole clusters— that is, grapes were fermented in a mash that included their stems (…he writes, imagining the look of a scandalized Bordelaise oenologist…). Over the last century, as technology and science have opened up a new world of winemaking possibilities, the use of whole-cluster during red fermentations became nearly abandoned outside of a few outposts of ultra-traditionalism. Though there has been a bit of resurgence in fashion for the practice in California over the last decade, it is still orthodoxy in many regions and anathema for certain varieties, according to some (“report him to Rolland for punishment,” says the scandalized Cabernet oenologist). In some ways this makes sense, as the last four decades of winemaking research have been largely about maximizing color and extraction while removing greenness—all things that whole-cluster use can be at odds with.

Like most things verboten, it turns out that whole-cluster use during fermentation can be delicious and fun! When done well, whole-cluster can amplify perfume, increase structural complexity, lower alcohol in the finished wine (stems absorb some ethanol), improve fermentation health by moderating fermentation heat, and increase a wine’s overall character. Used incorrectly, it can push wines to becoming thin and bitter, cause green character to overwhelm the wine (particularly in under-ripe fruit), cause pHs to rise due to additional potassium coming from the stems, or if used for pure carbonic maceration, potentially overwhelm the wine with the bubble gum/banana Runts character. Talking about “whole-cluster” use in a monolithic way would be like talking about oak use, elevage, or any other facet of winemaking as a single thing— and like all things, it can be used in good and bad ways. However, one only has to look at some of the finest users of the method—Dujac in Burgudy, Chateau Rayas or Henri Bonneau in Chateauneuf, and Allemand in Cornas and Jamet in Cote Rotie come to mind—to see the enormous complexity than can be imparted by the practice.

Outside of Zinfandel (and this is changing), we use whole-cluster on virtually all red varieties that come into the winery—Syrah, Carignan, Mataro, Grenache, Cinsault, even a little on Cabernet (take that, imaginary Bordelaise oenologist!)— when we feel like we want to play up perfume, spice and structure in the finished wine.

The first decision to make is how much whole-cluster to use. We make this decision based on what we are seeing in the vineyard, how ripe stems and grape tannins appear to be, and experience with a given vineyard. We find that certain varieties and sites have tipping points—up to a certain point cluster use enhances varietal character, perfume, and mouthfeel but beyond that begins to diminish those same characteristics. An example of this would be Carignan, where 30-60% cluster inclusion can be of great benefit depending on site and year but much beyond that brings about a distracting coarseness. In Northern California many grapes are grown on potassium-rich soils, which means that adding a fair amount of whole cluster can have a dramatic effect on a finished wine’s pH. Grape stems hold potassium, and as they break down during fermentation, they will buffer acidity and cause pH to rise. In this situation, what you might gain in perfume and structure, you may lose in freshness and natural acidity. Thus, for a high pH site like Hudson Vineyard, we have generally included less whole-cluster over the years, whereas a site like Bien Nacido (grown on limestone and granite with very little potassium), we can use plenty of cluster knowing the pH won’t be that affected.

To tread or not to tread? Once we have decided to include some whole-cluster in a ferment, we then have the secondary decision of whether we want some of the grapes crushed or if we want them as whole as possible. We find the latter option brings out more juiciness, aromatics, and spice in the finished wine as many of the berries will go through carbonic maceration in tank, bringing with it the characteristic lift and ebullient aromatics. However, too much carbonic in some wines makes them just smell like carbonic and not like where they came from (it can be a leveler, just like too much oak), and the amount of carbonic imprint really varies based on the variety and site. For instance, 50% carbonic on Bechthold Cinsault makes the whole winery smell like Hubba Bubba and Banana Now & Laters, while the same percentage of carbonic on Hudson Syrah merely tips the aromatics forward a little bit. We tend to trod most of our lots as we find we achieve a nice balance between the fruit that remain intact and that which breaks down more quickly in fermentation—for us this lends to wilder aromatics, perhaps a bit more spice, and overall a less confectionary imprint on the finished wine. Again though, every lot is different—100% whole-cluster, foot-trod on Evangelho Carignan will turn it into a hardened beast (trust me, we have done it), while 100% on Bien Nacido Syrah makes the aromatics soar and the structure relatively harmonious.

Like everything in winemaking, we don’t believe in absolutism, and cluster use is no different. Cluster is a bit like spice; you want it to contribute to the finished wine, but you do not want it to dominate. It is a fundamental part of our craft to optimize what we are seeing in a given year and vineyard to maximize the expression of that vintage—some years a vineyard might seem to need 30% whole-cluster and others, 80%. Though we typically have never used whole-cluster on Zinfandel and field-blended lots, even that is evolving a bit. Certain lots of Carignan and Mataro from Evangelho and Bedrock that were fermented with whole-cluster have begun to make their way into the finished Heritage wines, and this year we actually did a small tank of Old Hill Ranch with 100% whole-cluster that we were all pretty besmirched by. Though traditionally Zinfandel has been almost entirely destemmed, I do wonder why. Is it not also a larger clustered, fruit and spice-rich Mediterranean red grape similar to the others we are comfortable including clusters on? I sometimes wonder if winemakers’ manic avoidance of anything “green” in Zinfandel has precluded a world of exploration that might help create wines of more freshness and aromatic dexterity, as “green” is only one of many possible byproducts of cluster inclusion. This will definitely be one of the things we continue to experiment with.

The Vines of Oakley